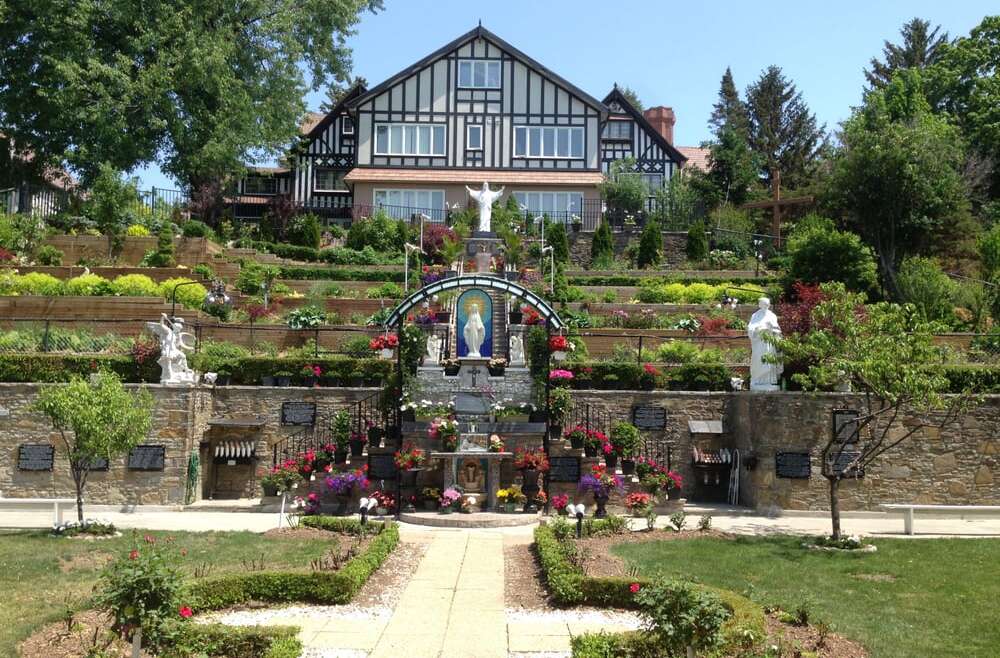 Basilians arrived in Toronto in 1949, when the printing press was moved from Mundare, AB. The first priests were Volodymyr Shewchuk and Bernard Dribnenky, who at first were involved with the printing press and edited a monthly magazine. Eventually, at the request of the local bishop, they came to be more involved in direct pastoral work. Father Bernard Dribnenky organized the parish of St. Basil the Great, which eventually became the seed from which sprang the St. Basil the Great College and St. Volodymyr parish in Thornhill. The Basilian Press closed its Toronto office in the summer of 2016.
St. Basil the Great College was a high school built in 1962 on the grounds of a large parcel of land in Weston, most of which could not be developed because it was a flood plain. Originally intended as a boarding school for boys, it soon became a local high school, never fully developing its potential for exclusive service to the Ukrainian Catholic Church. As part of the local Catholic school board, it was eventually closed as being too small to operate economically. The Basilian monastery on Weston Rd. was closed in 2016.
St. Volodymyr parish in the suburb of Thornhill was established in an unused Roman Catholic church of St. Luke along with adjoining cemetery, and began providing a home to almost 200 parishioners who had moved away from the downtown parish of St. Basil. Father Volodymyr Shewchuk began services in 1972. When a priest wasn’t living on site, the priests from the monastery next to St. Basil’s College would provide pastoral services. The Basilians handed the parish over to the Eparchy in 2016.

The capital of Canada has a parish, St. John the Baptist, that today boasts a stylish church on the banks of the Rideau Canal. Basilians provided temporary pastors from 1938 to 1948. A permanent arrangement was reached in 1958 after the Basilians relinquished their parishes in Montreal. Ottawa was not a stranger to Basilians because of the excellent University founded by the Oblates of Mary Immaculate. Basilian students lived at the seminary adjacent to the philosophy department of the University, and eventually purchased the former home of the Apostolic Delegate to Canada of the Holy See, a solid building reputed to have been built by Colonel Bytown, founder of what became known as Ottawa. The building is no more, but the legacy perhaps lives on in the new church. Currently St. John the Baptist Shrine is the only parish in our Eparchy served by the Basilian Fathers. 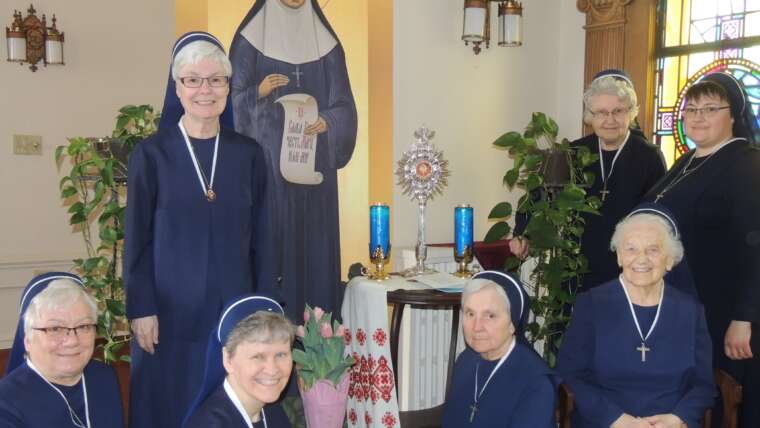 The Sister Servants of Mary Immaculate

The Ukrainian Catholic Eparchy
of Toronto and Eastern Canada

Please send your donations by cheque, payable to: "The Ukrainian Catholic Eparchy of Toronto and Eastern Canada"